Characters without the comic book.

You never know who you’re going to run into at the 24. 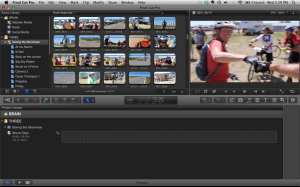 I just finished transcoding all of the footage from this year’s 24 Hours of Rapelje. It’s like Santa just dropped off a hard-drive packed with awesome!

At just shy of a terabyte, it’s going to take me a while to dig through everything, but just a cursory glance revealed some clips that are blowing my mind.

Thanks again to Sally Orr, Kori Hassler, and Dave Warren who got a lot of these amazing shots. I’ll be posting more as Sally and I continue sorting through the footage.

The sky in central Montana is force that plays different characters on different days. Today it was playful in a way it hasn’t been in several moody weeks. Watch until the end, and you’ll see the shadow of another storm begin to slide across the sky.

This is my first time-lapse in Rapelje, set up while I interviewed Laila, the manager of the Stockman Cafe. I’m looking forward to making more. With time such an important part of the story, I’m thinking that they may play a big part in the film.

These words, said by Chris Veit on a CNBC interview, and attributed to one of Rapelje’s residents, perfectly describe a mountain bike race that shouldn’t exist. Yet, the 24 Hours of Rapelje, set to run its 14th year this June, is one of the most popular races in Montana. 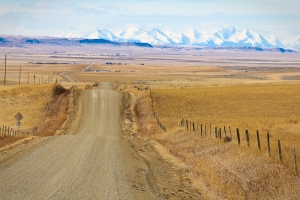 Rapelje is planted deep in the rolling prairie of central Montana. While some of the tallest mountains in the state soar in the distance, the elevation changes only a few hundred feet as you climb out of town and into the surrounding hills. This isn’t some mountain bike Mecca. Except on race day, there are no trails that aren’t made by cows or ranchers’ ATVs. Rapelje has no bike shop, only a grain elevator, diesel-repair shop, and the Stockman Cafe.

So how could there be a mountain bike race here that draws riders and crews from as far away as Iowa, swelling the town’s population from less than 100 to ten times that?

Simply saying Rapelje is special is a disservice to all the struggling rural towns just trying to survive as agriculture prices fall, and people move to cities to make ends meet. They all have history, and all have hard-working residents. What Rapelje had in 2001, when the 24 Hours of Rapelje began, was a dwindling population and a cafe in danger of closing. It also had a few residents who thought that, just maybe, a mountain bike race might bring in the needed money to keep the Stockman Cafe’s doors open.

“Saving the Stockman” is the story of a town willing to volunteer hundreds of hours to save their cafe—taking a chance on the second dumbest idea they’d ever heard.